Free shipping on all orders until the end of the month!

Photograph taken in 1904 at the Taghnevan factory Lurgan.

McCaw Allan’s handkerchief and linen factory at Taghnevan, can be traced back a far as 1830 when the McCaw family set up a small linen business in the townland of Taghnevan, a mile or so from the market town of Lurgan.

This location was very important to the McCaw`s, as the town of Lurgan was one of the main linen markets in Ireland .

A letter to R.J .McCaw from his aunt Isabella in 1914 gives us some idea of the humble beginnings of McCaw`s linen factory at Taghnevan.

The manufacturing of linen started in and around 1830. There were a range of houses on the west side of the yard the original of what afterwards became a warping loft, boiling house and coal house. There was no office but the workers were attended through a small window in the bedroom which you may remember was next to the parlor. This was called the middle room and of course everything except the preparation of yarn was all done by outworkers. In the course of time your grandfather married, I think about 1842. I suppose about this time he took in Mr. Carlisle as a partner and the firm became McCaw & Carlisle.

In 1847 father died of fever, times were very hard and the failure of a man called Howey brought them to the brink of ruin. Your father was a lad of sixteen, but my mother was a quiet and sensible woman. She took letters of administration along with Mr. Carlisle and Robert McCaw and went to the creditors and asked for time. They had a very good year and had all paid within twelve months. It earned for them our honest name.

The McCaw family would recover from this difficult period in their history and would see the company name change as one McCaw succeeded another.

Harry Allan was a son of one of Lord Lurgan`s estate Managers and had served his time locally to the linen business. He served his time with Henry Matier & Sons Belfast and also York Street Flax Spinning Mills Belfast and Lurgan. Harry was the marketing expert, R.J. McCaw the production expert, this proved to be an ideal partnership, and the market for the company’s products rapidly expanded. Linen sales for 1906 were £15,624 this is equivalent to £750,000 in to-days money.

Harry Allan represented the company from their London office at 149 Cheapside for over thirty years. His distinctive personality with his trademark Donegal tweed hat and coat would be seen entering the front door of Harrods, the usual door for salesmen would be the rear entrance. Harry Allan retired to Hollywood Bangor in 1938 until his death in 1950 at the age of 82 years. His long time friend and business partner R.J McCaw also died in the same year.

One very essential ingredient for the McCaw linen business was its connection with the local people who lived close to the factory at Taghnevan. This local workforce from the nearby townlands of Drumgor, Moyraverty, and Legacorry would help supply the McCaw’s with brown linen from their home looms.

The outworkers played a very important part in McCaw`s production of linen from growing the flax to the very labour intensive back breaking process of getting this linen plant out of the ground, and through its many stages before it got to the loom. The majority of this work was carried out by all family members from the children to the older folk of the house; they all played their part in the production of linen fabric. After the bleaching processes some of this fine cambric linen was hand thread drawn for decorative linen mats and handkerchief work.

The town of Lurgan was well noted as producers of fine linen for “pocket handkerchiefs” for the well to do ladies and gentlemen of London and Dublin. According to an article written by James Stuart “The Historical Memoirs of the City of Armagh” which was published in 1819 it was written that the finest piece of cambric linen ever manufactured in Ireland was sold in 1794 at Lurgan Market it counted 2700 warp 3000 weft and was valued at £25 sterling.

During the 1914/1918 War demand for linen aero-cloth for binding the wings of planes was a god-send to the trade, sales increased from £28,837 in 1914 to £44,061 in1918, but when the war ended there was a reserve stock, enough to last six years. John Barker of Kensington High Street, bought the whole lot (probably for a song!) , and local firms who wanted a supply had to pay through the nose for it, this cloth was used for the manufacture of men’s heavy handkerchiefs.

The McCaw`s were very resourceful in those early days, they had their own water supply, sewerage facilities, heat, and gas. They made their own gas from anthracite coal and powered their machinery with a suction gas engine. (They did not need much heavy machinery for stitching and washing.) The one engine ran for 60 years and it was given to the British Gas Board Museum in Manchester in 1986. They also made their own electricity until the early nineteen seventies. (D.C. of course.)

In 1911, Robert Johnston McCaw brought the town gas supply from a main at Manor House, five-eighths of a mile distant, for lighting. This was all pick and shovel work and cost only £30, this included the labour and piping to the factory.

McCaw’s had one of the first telephones in Lurgan the number allocated to them was Lurgan 2, and the Post Office was 1 , to day McCaw, Allan phone number still uses this prefix 02838341412.

Fifty years on in 1954 the factory had grown ten times in size, and the labour force had gone up to 250, many of them with 50 years’ service, or close to it. The Golden Jubilee of McCaw Allan & Co. was celebrated in 1954, in grand style; this included a specially printed menu in the theme of the linen trade. The menu read, Taghnevan soup, scalloped plaice with embroidered tartar, hand rolled peas, corded carrots, monogrammed potatoes, followed by Irish bleached ice cream and a cup of Irish cabin tea.

Loyalty to the company was shown by the length of service held by some of the workforce, for example, Miss Lilly Lyness, and Miss Alice Jennings started work in 1904 at the age of fourteen and 50 years later they were still working for the company.

Thirty-four years on in1988 Mr. George McCaw was still at the helm and the business was still thriving, although the scale of production and the labour force have had to be reduced. It speaks volumes for the business acumen of the company that they and Blane`s of Ballydougan, and Baird’s, were the only survivors out of approximately 25 companies which were engaged in a branch of the linen trade in the town of Lurgan 60 years ago.

George McCaw died on the 1st of May1995, just one week short of his 92nd birthday; he worked the day he died. George Edwin McCaw was born in 1903 and was educated at Lurgan College. He had a great interest in local sport, played rugby and was captain of Lurgan Golf Club. He also was a keen bridge player and was president of the Northern Ireland Bridge Union. He also served time as High Sherriff for County Armagh.

The company celebrated its centenary in Lurgan on 15th December 2004 when many former employees joined the Directors and current staff at the factory to mark this very special occasion, eight of those attending the 100 year anniversary had also been at the Golden Jubilee celebrations in 1954. 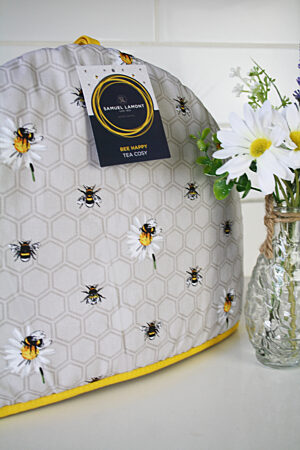 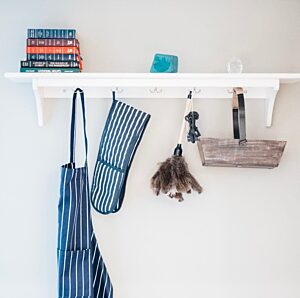 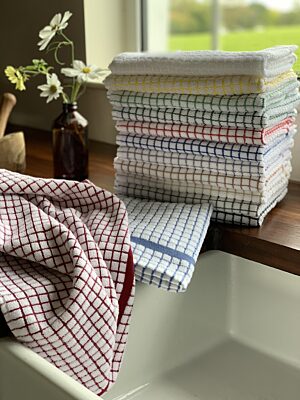 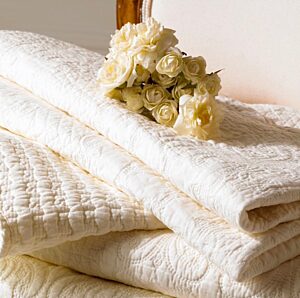 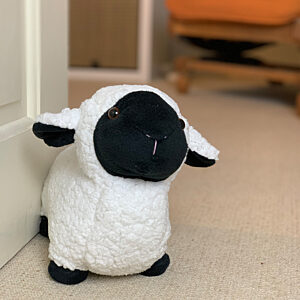 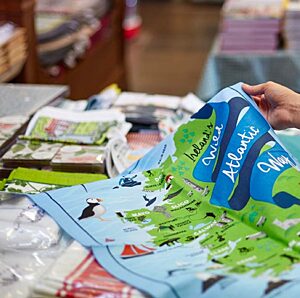 Register to receive exclusive offers tailored to you, plus rewards and promotions before anyone else.